What can you tell me about Roy Meriwether?

What can you tell me about Roy Meriwether?

If you play any soul in your sets, you might be familiar with the southern soul monster cut "Make It Real (Ride On)" by Betty Adams.

It turns out Betty Adams is really Jewel Meriwether AKA Big Maceo's daughter, and her brother is Roy Meriwether who was produced that record and it's Roy that I'm asking about.

"Make It Real (Ride On)" would be just a pretty killer female shouter in the Aretha vein, but what makes it so good is the relentless piano that moves the whole thing along, and when that piano breaks out in the bridge it really kicks everything to a completely higher level. I assume that's Roy playing, since a) he produced the record and b) the great piano playing is more jazzy and reminds me - in the very limited ability I have to discern piano styles - more of Oscar Peterson and less of Isaac Hayes, Booker T. or Barry Beckett.

So Roy has in the near past recorded some jazz CDs, at least one of them has Houston Person in his quartet. What I'd want to know is if any of his stuff from the early 60's is worth checking out. Anyone know what kind of music it really is?
Top 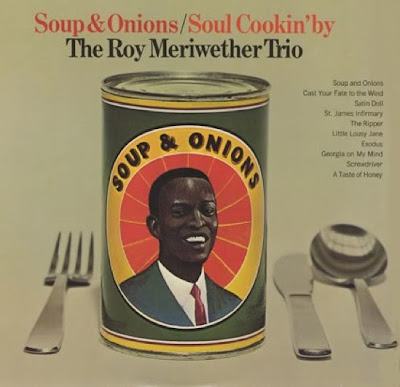 You can check him out and let us know. His older stuff is more Ramsey Lewis Trio like.
Top

Thanks, that's what I wanted to know.

Now I'm wondering. Seems that a philistine like me might like it as mood music, but how do people with an actual ear for this kind of music find him? How do the samples of his newer stuff sound to you? Is he a top notch talent? grade B?
Top
Locked
3 posts • Page 1 of 1

Return to “Other Music”